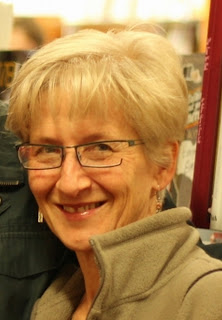 Sheryl Gwyther is a Queensland children’s author who writes novels, school plays, chapter books and magazine articles. When she was a child, Sheryl found a piece of 95 million-year-old fossil near her Queensland outback home. It fired her imagination about Australia’s prehistoric past. Years later, it provided the setting for her children’s adventure novel, Secrets of Eromanga as well an amazing stint volunteering on an outback dinosaur fossil dig.

Sheryl was awarded two Australian Society of Authors’ Mentorships in 2002 and 2009, and was a recipient of a May Gibbs Children’s Literature Trust Fellowship in 2008. Her work appears in children’s magazines, Explore and Comet, The School Magazine and the NZ schools’ Junior Journal. Sheryl also loves enthusing kids about books, the world of writing and sometimes even Australian dinosaurs at school and library appearances.


When did you first know you wanted to be a writer?

I remember pretending (at aged 10) to be a journalist and interviewing the milkman and the rubbish man up in my far north Queensland town. I think I was more impressed with having a spiral bound notebook like a real journalist would have, rather than the content.

When I was an early childhood teacher, I loved telling stories to the kids, and getting them to imagine and write their own. Finally, in 2000 I got serious about my own writing.

Haha, like everyone else’s! Rejection after rejection – but I know now those stories were NOT ready to submit. I didn’t stick with one story, I kept writing many different things. One story – set on a fossil dig in outback Queensland, I entered into the Australian Society of Authors Mentorship Program in 2002, and blow me down I got one. It was a great experience and I learned a lot about writing from my mentor, author, Sue Gough. 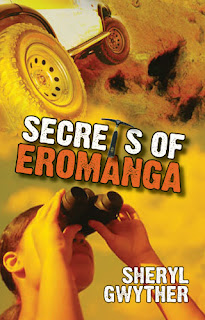 Two years later, after many rewrites, Lothian Books (now Hachette Australia) published Secrets of Eromanga – an adventure with fossil smugglers, kids by themselves in the outback woven with the life story of an ornithopod dinosaur who lived 95 million years ago. The story has done well – it’s in lots of school libraries, although I think it’s now out of print. Hachette have made it into an e-book. I’ve spoken to many children about the book and about Australia’s amazing dinosaur history. My second ASA Mentorship in 2009, was with Sally Rippin, working on my story, McAlpine & Macbeth.
A great experience too!


Your children's books cover a wide range of subjects. Where do your ideas come from?

From everywhere – things I hear or read, or remember. Princess Clown (and my current WIP, Fangus Fearbottom) began as a challenge to write a story based on two ill-matched words like clown and princess, and banana and fang. Lots of fun!

Can you please tell us about your books.

I’ve told you a bit about Secrets of Eromanga. Some of my other work includes Princess Clown, a funny chapter book with Blake Publishing about Belle, the heir to the throne who’d much rather be a clown. Charlie and the Red Hot Chilli Pepper, for 8-9 year olds. Charlie desperately wants to win her town’s Flaming Hot Chilli Competition with her potted Habanero chilli – but there’re many obstacles in her way, including the devious Ben Sticker. She triumphs in the end with an unusual solution. My short horror story, Corn Dolly Dead in black dog books’ Short & Scary anthology, and I’ve recently had a short story, Scaredy Crow published in the NZ School’s Junior Journal, and a school play in The School Magazine called Anansi and the Sky God’s Stories.


What are you doing during book week?

Just writing my stories. Oh, and getting ready to be the writer-in-residence at the Ipswich Festival of Children’s Literature that starts on the 4th – 14th September. I’m the festival’s inaugural blogger too – here’s the link to the daily blogs from on-site: http://ipswichkidslitfest.blogspot.com


What's the best part about presenting and conducting workshops?

I love enthusing kids about books and writing. And I love sharing with children about how I wrote my stories and how I research the story backgrounds. Also love sharing how to develop characters and create plots from almost nothing but a wisp of a thought.


Where do you write?

I can write anywhere, but do I like my own writing room. It’s quiet and looks out into my leafy front garden in Ashgrove, Brisbane. Most of the time, the room is a bit messy – until I tidy it up if visitors are expected, or if I can’t find what I’m looking for!

What makes you passionate about writing?

Not sure! Maybe it’s because I had a very free and wonderful childhood that involved escaping into the bush, and escaping into books – all part of growing a vigorous imagination. I also think the power of literacy is a right for all children of this planet. And that literacy must include a healthy dose of fiction – for that is where we learn about the state of being human.


What advice would you give aspiring children's writers?

Read many, many books of all genres – well-written preferably, osmosis is a fine thing. Write, write, write, then rewrite again. Read books and articles on the craft of writing for children. Join a critique group (of children’s writers) – take and use what you need from crits, but never forget the original passion for your story.

Never, never give up!

Best wishes for your writing

from Sheryl
Posted by Unknown at Tuesday, August 23, 2011

Wonderful post, thanks Sheryl and Renee. Sheryl I love the premise of the books you talk about here, especially the clown one. School visits scare me the most. (Not that I'm at that stage yet lol) I hope I get clued up on the materials side of it way before I need it!
Best
Catherine

Lovely to have you visit, Catherine! Sheryl has shared loads of advice for us aspiring authors. School visits are so wonderful to show children that authors are real people! Sharing your love of writing and books will pull you threw the school visits, and me too hopefully one day :)

Thanks, Sheryl for your inspiring interview.

Thanks so much, Catherine for following.

Great interview with Sheryl. Its always nice to read about other writers journeys. Thanks, Renee for this interview.

Thank you, Catherine and Rachna for your lovely comments! And thank you too, Renee for your interesting questions that really made me stop and think! :)

Hey Sheryl! Good to hear from you. I identify with the spiral notebook, though mine was an exercise book that smelled of hay. (I used to write in the barn.)