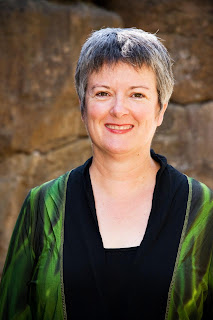 When did you first decide you wanted to become an author?
It was more about when I first decided to write really. I was doing a training program at school that was for parents as partners in the journey to literacy (so we could be trained helpers in the classroom) and at the end of it, the teacher running it, suggested I might like to investigate doing more. I think he was responding to my doing too much homework and wanting to go much further than the classes allowed! That was when my first son was in about Year 1 or Year 2 I think and now he's 24.

What was your journey to publication like?
Once I realised that it was children's writing that I really wanted to do, I did a 'Writing for Children' subject at TAFE. I submitted one of the chapter books I'd worked on in class to a small educational packager and they accepted it. (I'd submitted it to other educational publishers without success. About 6 months after that, it appeared. And I thought the reset was going to be easy. I also had a picture book accepted not long afterwards but the company ceased to exist just as the proofs were going to print. It was four years before another picture book was accepted. I did have many educational titles accepted in that time, including one that was accepted by one company, edited by another and published by a third (sequential takeovers) 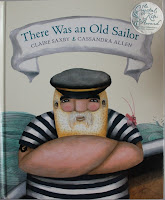 Congratulations on receiving The Crystal Kite Award for 2011 for your picture book, There Was An Old Sailor. Did you come across any challenges writing in rhyme?
Thank you! It was lovely to win the Crystal Kite, a peer-voted award, with Old Sailor. It is to date, my only book with rhyme! Working in rhyme is like adding an extra layer to the construction of story. It was both really interesting to work with in the rhyme frame, and really challenging. Nothing else that I've worked in rhyme has (so far) worked as well as Old Sailor.

When and where are you most inspired to write?
Usually when I have least time! But I can't really afford to wait for inspiration, I have to seek it. This is a job for me and I try to keep workman hours. If I get stuck in one manuscript, I'll change to another. I tend to have several stories going at any time, in different stages. So if first draft isn't working on one, I'll move to edits on another.

I've noticed on your website that you've written many school readers. What do you enjoy about writing for this market/age group?
I have written quite a few school readers. When I started writing, they were a good place to start. Education publishers have clear briefs and short timelines - good 'exercise' for a writer. It's not so easy now to get work as a writer for Education publishers, but I still do a few. 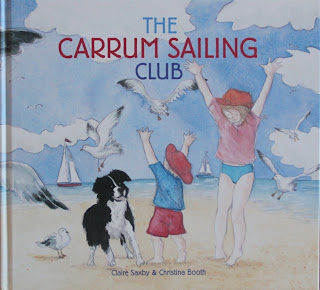 Do you present to children and aspiring authors, if so, what do you focus on sharing?
Yes, I present to pre-schoolers, primary and secondary students and adults. Every group is different, so I tend to have a broad focus, unless a specific topic has been requested. For aspiring authors, I will have drafts and notes and editor's notes and the like to show. I'll talk about the magic of creating a story, and the challenges. I talk about the importance of reading in learning how to write well. And I tell them what a wonderful thing it is to see others enjoy your stories.

What's next?
I have two picture books in production and due for 2013 release. I have poems accepted by School Magazine that hopefully will appear in 2012. I have manuscripts being considered. I have many stories in draft form, and even more ideas scribbled on paper or in my diary. I'm looking forward to further sharing 'The Carrum Sailing Club' and 'There Was an Old Sailor' with readers of all ages!
Posted by Unknown at Wednesday, December 21, 2011