When did you first decide you wanted to be a children's author?

I think I always enjoyed writing and had dreams of being an author but I took a different path and ended up being a science teacher. After my first daughter was born and I had some time at home, I tried my hand at a few things but decided I really wasn't any good. By the time daughter number two came along, I decided to give it a more serious go.

A looooong road. I think that's what new writer's don't appreciate; they think that things will happen more quickly than they usually do. When I first began writing seriously, it was 2000. I wrote a few stories and gave them to a friend who was a primary teacher. She told me that most of my writing she'd seen before but that one story was worth working on. So I went with that one and sent it out to a few publishers. I made many of the mistakes that first time writers do, even asking someone to do sample illustrations, which is a no no. My rejection letters were numerous. I paid for an assessment by the Victorian Writer's Centre which was quite positive. Finally, when I'd given up all hope, I had my first phone call from a publisher and nearly had a heart attack!

I thought perhaps that I would soon be published but that was not to be. The search for an illustrator took about a year; the illustrations took a couple of years. In the end, my first book ended up coming out after my second. So from start to finish, around six years. I learnt a lot about patience, met a lot of writers and learnt about networking. I even started to learn how to write as I think I started out with very little idea and a lot of luck.

What's the hardest part about writing a picture book? 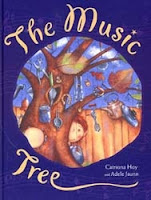 Having a beginning a middle and an end. Sometimes I have great characters in my head but can't really see a plot for them, a change, an interesting story line...so they don't end up ever going anywhere. Other times I might have a great beginning but again, unless you can have everything happen in around 600 words, it's not a picture book. A picture book also has to have 'scenes' so I need to be able to see what could go on a page. It doesn't always turn out the way I envision it but if I can't see 16 very different scenes, how will an illustrator? I think another fundamental error by beginning writers is to write essentially a dialogue between two people without thinking about the visual aspects.

What's your secret to writing interesting book characters?
I have to like my characters. I can usually see them in my head, as they may be based on people I know. Most of my stories have been based on my own family or friends. Perhaps they are like able, rather than interesting.

Do you visit schools often, if so, what do you like about presenting to children?

I occasionally visit schools, particularly around ANZAC Day, however being a teacher, my time is somewhat limited to my day off. I'm lucky that in my job, I get to work with students all the time, although they're much more grown up. It's the sort of job that when you've done something well, you know you've made a difference to someone. Working with little children is different though as they are so full of interesting ideas and it's great to see how they think about the world and the way things work. It's often quite different to ways of thinking and viewing things that adults think are obvious.

What's next?
This year I have two books coming out. One is called 'The Little Dinosaur,' and is illustrated by Andrew Plant who also illustrated Puggle for me earlier. Again, that one is with Working Title Press. The other is a Helen Chamberlin book with Windy Hollow, called 'Where Are You, Isla Lu.' That one is being illustrated by Annie White who previously illustrated Mummies Are Amazing. I'm also concentrating on trying to meld my science teaching and writing together by operating a blog where I review picture books in terms of the ways in which they could be used as an introduction to science themes and inquiry learning. It's at www.littlestoriesbigscience.wordpress.com
After that who knows? 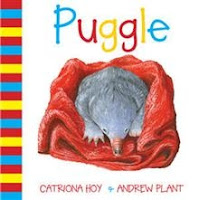 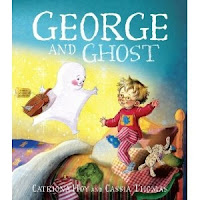 thanks for having me over to visit renee, your site looks great!

Thank you, Catriona. I really appreciate you sharing your writing and wonderful picture books.

My daughter was telling me a few months ago about a book they'd read in class about a music tree. I knew instantly it was yours. Thanks again.