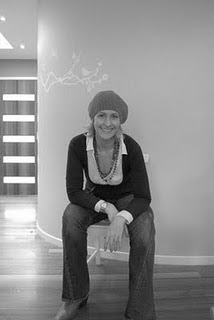 When did you first know you wanted to be a writer?
I’ve always written – since I was a child. My first poem was published at the age of seven, and I wrote my first ‘book’ when I was 10, so I guess it’s been a lifelong love. I actually wanted to be a graphic designer through most of my teens… it wasn’t until I had my first magazine article published at 19 that I knew without a doubt that writing was what I wanted to do. It would take me another 20 years to begin getting serious about children’s books, though.
What was your road to publication like?
It’s been a long process. I’ve been submitting to publishers since my very early twenties – on and off for two decades, now. Alas, life ‘got in the way’ many a time, and then when I married and had kids, I found myself focusing on another (and very important) world. It wasn’t until my kids were past the baby years and we were living in China that I took up full time writing – and I still sit in wonder that I do this full time now. 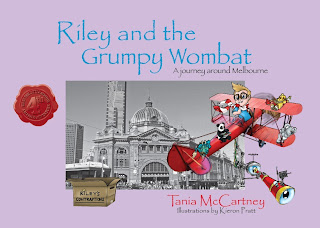 It’s been a lifelong dream to write each and every day, so I’ve very thankful. I’m still submitting to publishers, and I’ll never stop. My first book – You Name It – was published by Hodder Headline in 1995, and I actually had two publisher acceptances for that one. No such double-luck since! but I’ve secured three new publisher deals in the past year and have self-published four books in the past three years, so it’s been the kind of journey I’ve been very proactive about. I don’t believe you can easily get published if you’re not thoroughly proactive. And relentless.
What were your favourite books as a child?
The same as everyone else! The Magic Faraway Tree, the Chronicles of Narnia, anything by Dr Seuss, Golden Books, Richard Scarry books, Eric Carle’s The Very Hungry Caterpillar. I fondly remember Penelope Janic’s The No Such Thingas one of my very favourites and I adored The Seven Little Australians, Snuggle Pot and Cuddle Pie, and Amelia Jane. These are all, still, some of the best books every written, and it’s a thrill to share them with modern children.
Your picture books series about 'Riley' the Little Aviator are very popular! How did you come up with his character? 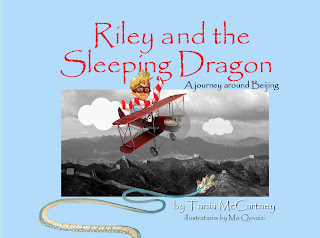 They are doing really well. I actually hadn’t intended to create a series. We were living in Beijing on post in 2005, and my children Ella and Riley, were just 4 and 2 years old when we first arrived. After four years in the capital, and having the opportunity to write full time for expat magazines, I decided to try my hand at my first picture book. Combining my love of photography, history and book design, I created Riley and the Sleeping Dragon: A journey around Beijing as sort of a memento for my kids on their life in China.
It’s about a little boy who flies around Beijing and environs (there are black and white photos through the book) in search of the great dragon, which is actually the Great Wall.
I photo-shopped illustrations of Riley into photos of a red tin plane I bought at Beijing first market, published the book myself and printed it in China. The book sold over 1000 copies in the last two months of our time in Beijing, and when we returned to Australia, I sourced an Australia-wide distributor and again, really quickly sold out of copies. I’m about to go into my fourth print run, and this time my new illustrator (who has done all subsequent Riley books) will re-illustrate.

After the success of Sleeping Dragon, I decided to write a second book – Riley and the Dancing Lion: A journey around Hong Kong(2009), followed by Riley and the Curious Koala: A journey around Sydney (2010), and Riley and the Grumpy Wombat: A journey around Melbourne, which is being released by Ford Street Publishing on 1 September (2011). It’s been wonderful to have Ford Street Publishing take on Book Four – for so many reasons, least of all having more time to write more!
Tell us about your books.
They are essentially a picture book travelogue series for 0 – 8 year olds. They combine black and white photos with cartoon illustrations, photo-shopped into a red tin plane. In each adventure, Riley seeks out an animal that in some way relates to the destination featured in the book – and what I really try to focus on is the cultural and local aspects of the destination and animal in question. I wanted the books to be fun, adventuresome, but also educational – and hopefully encouraging of travel. I truly believe travel is one of the finest ways to educate and expand children culturally and intellectually, so the books are very dear to my heart.

There is no greater joy than seeing children inspired by my books. I’ve lost count of the amount of children who’ve been inspired to write their own Riley adventure. Recently it was a kindergartner, Paul, who wrote Riley and the Crawling Lizard, quickly followed by Riley and the Grumpy Koala, only on day after I presented at his school. THIS is why I write books for kids.
How did choose your illustrator? How do you work together?
I sourced my very first illustrator – Mo Qovaizi – on the internet. We worked by email – me in Beijing, Mo in Canada. Upon returning to Australia, I sourced Kieron. He's brilliant!
Kieron has the most developed sense of humour I’ve ever known, and he has invaluable input to the Riley stories.
We work by email and also in person – I write the story and he illustrates as I go along. We bounce ideas off each other, and Kieron always has something glorious to add. I’ve followed his lead a lot, and have actually changed the storyline to suit his pictures. I’m beyond chuffed with his work and our working process. Not only do I spend hours on end laughing my head off, there’s no greater joy for an author than to have an illustrator exceed all expectations – and breathe extra life into their characters.
What are you working on at the moment?
I’m working on the next Riley book – Riley and the Jumpy Kangaroo: A journey around Canberra, which I’m super excited about. It will be released in time for Canberra’s centenary celebrations in 2013. I’ve just finished working onAustralian Story: An Illustrated Timeline for the National Library of Australia, which was seriously a life-changing project – and highly emotional. I don’t think many people realise the incredibly rich and detailed history of our very young country. I’m also working on a junior faction novel on Caroline Chisholm (faction novels combine fact with fiction), several independent picture books, and a new junior fiction series based on my daughter Ella (finally!). Lastly, I’m still pottering away on two lifestyle books (my first lifestyle book – Handmade Living: a designer collective – was published in 2010), am working hard on keeping Kids Book Review up to date, and writing for several online websites and magazines.
What do you like to do in your spare time?
Write! Seriously. I write a lot. I also love to take photos, go for coffee and read – both on my own and to my kids. I love to garden, bake and go for walks with the kids, and the rest of my time is spent on keeping house and planning travel jaunts. We are a family who loves to travel.
What has been the biggest highlight of your writing career?
Having children read or listen to my books – then gasp or go wide-eyed or be inspired to write or read. This is the absolute, eternal highlight. The other highlights have been falling in love with history all over again through Australian Story, travelling to take photos for the Riley series, and making those little, gradual steps that are very slowly paving the way to even more writing success (my latest is having my Grumpy Wombat book being picked up by Nextra booksellers at Tullamarine airport – that was a cork-popping moment!).
What are you doing over book week?
Seventeen sessions! Actually, that’s over two weeks, but it’s still pretty full on. Lucky I love it so much! But I must admit, it’s exhausting. I tend to really give-it-my-all when I talk to kids, so I can overdo it. Worth it, though. 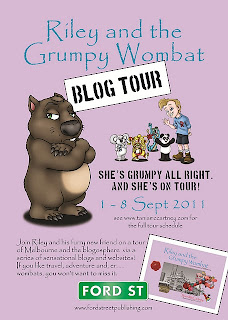 How do children react when you do school visits?
This question made me laugh! I really go over the top with kids (especially younger children). I leap about, yell, whisper, act like a maniac… God forbid anyone should ever film me. I do put a lot of energy and character into the visits, so I tend to get some really engaged reactions. I’ve lost count of the teachers who tell me their ‘restless children’ just sat there and didn’t move for an hour. And it’s the biggest thrill to know I may have inspired a reluctant child to write or read. That’s pretty special.
What advice would you give aspiring authors?
You’ve heard it all before – about writing from the heart, testing your work on kids, doing things with professionalism, rewriting then rewriting some more, about how ‘writers write’… so I will just say this: Don’t Give Up. Ever never ever.

Tania McCartney is an Australian author, editor and publisher. She runs Kids Book Review, a well-respected children’s literature site, is a senior editor for Australian Women Online, and writes for several online sites and magazines. She is also a visiting author for the Children’s Book Council of Australia’s Book Week.
In 2005, Tania’s family moved to Beijing where she worked as a kids’ editor, feature writer and family matters columnist for several expat magazines. She also released her first children’s picture book – Riley and the Sleeping Dragon: A Journey Around Beijing (2008) – the first in a travelogue series for young children, featuring a blend of illustrations and black and white photos.
This highly successful first book (which appeared in the Australian Bookseller Association’s Kids Reading Guide 2009/2010), was followed by Riley and the Dancing Lion: A journey around Hong Kong in 2009, Riley and the Curious Koala: A journey around Sydneyin 2010 and Riley and the Grumpy Wombat: A journey around Melbourne in 2011. In 2012, she will release Riley and the Jumpy Kangaroo: A journey around Canberra in time for the capital’s centenary. 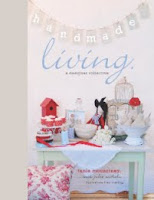 Tania’s other books include You Name It (Hodder Headline, 1995), Beijing Tai Tai (Tania McCartney Press, 2009), Handmade Living(Handmade Press, 2010) and Australia: The Timeline (National Library of Australia, 2012) and she is currently working on several children’s books and adult lifestyle books. She lives in Canberra with a husband, two kidlets and a mountain of books.
www.taniamccartney.com
www.kids-bookreview.com
Posted by Unknown at Monday, August 29, 2011

Email ThisBlogThis!Share to TwitterShare to FacebookShare to Pinterest
Labels: Kids Book Review, Riley and The Dancing Lion, Riley and the Grumpy Wombat, Riley and the Sleeping Dragon, Riley the Little Aviator, Tania McCartney, You Name It

What an interesting interview! Tania, your Riley books sound terrific! Thanks for sharing :)

Thanks Susanna. Tania's books are fantastic! They tick all the boxes for me. I love photography, learning about places all over the world, especially with an adventurous, fun loving character! Well done, Tania!