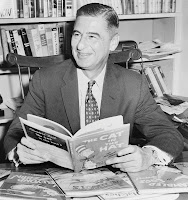 Education:  Went to Oxford University in England but never completed his degree.

First Children's Book: And I Think That I Saw It on Mulberry Street! 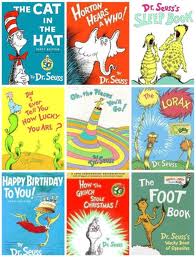 Sold:  Over 222 million copies and have been translated into 15 languages.

Most Celebrated Books Include:   Green Eggs and Ham, The Cat in the Hat, One Fish Two Fish Red Fish Blue Fish, Horeton Hatches the Egg, Horeton Hears a Who! and How the Grinch Stole Christmas!

Legends, they both are. Love these pithy little posts Renee. Always nice to know the details about those you admire.

Hi Dimity,
This is the beginning of my Classic Author Interviews/Fun Facts. These authors may have passed on many years ago but they're still alive and well today as their incredible story books are passed on from one generation to the next.