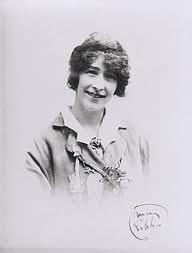 Born: Sydenham, Kent in the UK 1877.  The family moved to South Australia when May was four years old.

First Book: About Us


Inspiration:  Gibbs began painting and writing at a very young age. Her childhood spent playing imaginatively in the Australian bush, and riding her pony, Brownie, inspired the adorable bush characters that she'd eventually create, the Gumnut Babies (Snugglepot and Cuddlepie).


Gibbs and her book characters quickly became a national icon especially during the war which saw the production of patriotic postcards, calendars, book marks and booklets, all to boost morale and provide some humour for the troops.

Conservation and caring for the environment are the over ridding themes as well as, friendship, courage and kindness. 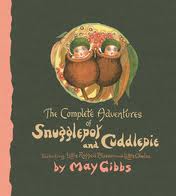 Family Life: Married, Bertram James Ossoli Kelly, a mining agent, whom she met during a visit to Perth in 1919. They built a house at Neutral Bay in Sydney, calling it Nutcote. They had no children.


Legacy: Gibbs willed all her papers and copyrights to the New South Wales Society for Crippled Children and the Spastic Centre of New South Wales and the residue of her estate, valued for probate at £42,532, to the United Nations International Children's Emergency Fund.