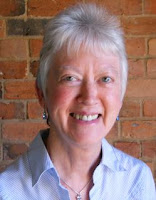 When did you first know you wanted to be an author?
In 1973, when I was teaching, I was invited to write a monthly column for an education journal. At the end of the year, I left teaching to try some of the arts: drawing, painting, gold and silver smithing. I continued writing the column and, as I enjoyed writing, I branched out to write for newspapers and magazines, as well. In 1979, a friend wondered why I wasn't writing for children and I believed I couldn't do it. I looked at some magazines and tried. Soon I was writing short stories, articles, plays and poetry – a fulltime writer. Goodbye forever to teaching and art!

What is your educational/professional background?
I am a trained infant teacher - taught in primary schools in Victoria and London for eight years and in a Teachers’ College for seven.

Did you encounter any obstacles when trying to get published? 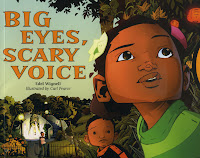 Did I ever! Have always done so! Hundreds of 'returns' since 1979. (The word 'rejections' isn't in my vocabulary!) I believe in my work and never give up. There are dozens of reasons why splendid manuscripts are returned – nothing to do with the quality of the work. A picture-story, Big Eyes, Scary Voice, illustrated by Carl Pearce, was published in the UK by Tamarind Books on the 54th time out. Available from Random House Australia, www.randomhouse.com.au

Please tell us about your most recent book and what inspired you to write it?
Bilby Secrets, illustrated by Mark Jackson ('Nature Storybooks' series, Walker Books Australia) was released in July 2011, shortlisted by the Children's Book Council of Australia for the Eve Pownall Award for Information Books, 2012. ISBN: 9781921529320(Hb); http://www.walkerbooks.com.au/
Little Bilby is born in a burrow in the spinifex of the Pilbara in Western Australia. He sleeps safely in his mother's pouch until he has grown large enough to explore the burrow – two metres underground. Soon he grows up and accompanies his mother on foraging trips, learns about predators and how to avoid danger. At last he has grown up.

I'm interested in endangered wildlife. The bilby, which once lived nearly everywhere in Australia, is now confined to scattered populations in remote areas. Walker books asked whether I would be willing to change my manuscript to make it suitable as a 'Nature Storybook', a series popular in the UK. Bilby Secrets is the first in the series in Australia. For classroom extension ideas click here.

Tell us about other books and published works.
I have about 100 books published in both trade and education. The following were published in 2011: 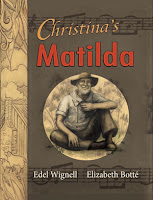 Many people know that the Australian poet, A. B. ('Banjo') Paterson wrote the words of 'Waltzing Matilda', but few know that the tune, 'March Craigielea', came first. A Melbourne woman, Christina Macpherson, who had heard it played by a band at the Warrnambool Races in 1894, played it on a zither at Dagworth Station, Queensland in 1895, and Banjo heard and liked it. Orders:  http://ipoz.biz/Store/orders.htm 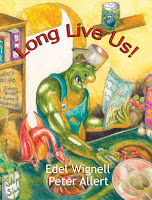 Long Live Us! stars a very hungry Troll (from 'The Three Billy-goats Gruff') who interacts with characters from other folk tales, hoping to enjoy a delicious meal. He gets hungrier and hungrier… The ending is a surprise to both the Troll and the readers. Orders: http://ipoz.biz/Store/orders.htm
How would you describe your writing style?

I have many different writing styles, depending on the genre and the readership. My journalism for adults is direct and economical; I try to suit the house style of a newspaper or journal. In fiction, whether short stories or novels, I write to suit the age level and the genre, whether it's adventure, mystery, humour or a serious narrative. Many of my scripts feature choruses, giving everyone in a class an opportunity to participate. I write both free and rhyming verse, and especially enjoy writing story poems and humorous verse. I write lyrics for songs, too, hitching them to well-known tunes. The three books released in 2011 were launched with songs, everyone joining in. More details: www.teachingsolutions.com.au

What did you enjoy reading as a child?
My mother and my aunt gave my sisters and me Mary Grant Bruce's 'Billabong' series as birthday presents. I read them aloud to my three sisters. We swapped with cousins who had the 'Anne of Green Gables' and the 'Pollyanna' books. At my rural school we read books from a travelling library which arrived monthly. I read every one.

Where do you like to write?
In my study in my unit in the foothills of the Dandenong Ranges, east of Melbourne.
What's next?
More journalism, poetry for children and adults, fiction for children.
Posted by Unknown at Friday, May 18, 2012

Edel is a wonderfully diverse author. Bilby's Secret is a stunning picture book and she has written many scripts which I can't wait to get my hands on.