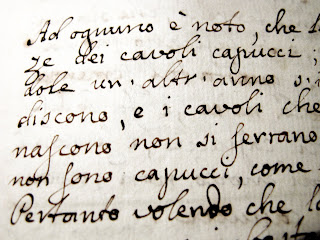 I've been brushing up on my writing terms and thought that I'd share them with you.
Acronmyns
Is an abbreviation of a phrase or sentence. For example,
BFG, Big Friendly Giant,
LOL, Laugh Out Loud
Anagrams
Two words made up of the exactly same letters. For example, Lemon and Melon.
Anthropomorphism
Refers to animals, non living things, forces of nature, objects, or abstract concepts, carrying out human traits in stories, for example a rabbit wearing clothes. Many cultures have fables that use anthropomorphism as recognised types of human behaviour.
Alliteration
Refers to the repetition of a particular sound in the first syllables of a series or words and/or phrases. It is mostly used in poetry, in which the repetition of a consonant in any syllables that, according to the poems meter are, 'stressed.'
Cliche
An overused expression
Diction
A writer's choice of words, phrases, sentence structures, and figurative language, which combine to help create meaning.
Didactic
Instructional or informative literature.
Double Entendre
A phrase that can be interpreted in two different ways.
Free Verse
Verse that has neither regular rhyme nor regular meter. Also called open form poetry.
Haiku
A three line, seventeen syllable poem, usually about nature.
High Concept
A storyline that can easily be described in one sentence and seems to be especially unique and commercially viable.
Homonyms
Words that are spelled and pronounced alike but have different meanings. For example- pool (of water) and pool(the game).
Hyperbole
A hyperbole is a type of figurative language. It is often confused with a simile or a metaphor because it often compares two objects. The difference is a hyperbole is an exaggeration.
Onomatopeoia
The formation of words by imitation of sounds, for example, 'Click, Clack, Moo.'
Palindromes
Words or sentences that read and spell the same forwards and backwards. For example, Noon, Mum, and Dad.
Personification
Is giving human qualities to animals or objects.
Protagonist
The main character in a story, drama, novel or other literary work. The character that the reader emphasises with.
Pun
Is a way of using a word (or words) so that it has more than one meaning.
Semantics
Is the study of meaning that is used by humans to express themselves.
Synonyms
Words which have the same or almost the same meaning. For example- happy and glad.
Synopsis
Brief summary of a story, manuscript, or book, told in present tense prose which is usually two to three paragraphs in length.
Syntax
The ordering of words into meaningful verbal patterns such as phrases, clauses, and sentences.
Theme
The central meaning or dominant idea in a literary work. It is the unifying point around which the plot, characters, setting, point of view, symbols, and other elements of a work are organised.
Tone
The author's attitude toward the reader or people, places, and events in work as revealed by the elements of the author's style.
Voice
Is the literary term used to describe the individual and figurative writing style of a particular author.
Posted by Unknown at Saturday, March 05, 2011

This is a wonderfully helpful summary! Thanks!

Thanks for visiting Megan. I'm preparing my favourite picture book blog post for the 10th of March :-)

Hmmmm think I will print this hee hee

Hey Angela,
Now to think of it, I will too. My handwriting is awful and atleast I can read this :-)

Thanks for that - I'll be referring back here when teaching my kids!

I hope it's useful, Michelle. I'm going to add to it as I'm sure there are many more.

Renee, I would add "voice" to this list since so many editors and agents refer to it when discussing what they are looking for. It's like the "personality" of your writing - what makes it unique to you. Otherwise great list!

can u tell me a childrens story that uses one of these devices please......!

There are many of these literary terms that a children's writer would use to construct a picture book. Have you ever seen or heard an animal used in a children's book? That is Anthropomorphism. Books that use this would be Peter Rabbit, Old Tom, Fiona the Pig, Bear in the Blue House.

Alliteration is using repetition of the first syllables of a series of words or phrases. Have you heard of the tongue twister, She sells seashells by the seashore? This not only sounds poetic but encourages children to listen to the sounds and eventually read.

There are many more! Writing for children is the same as writing for adults. If you're writing words and sentences to make sense then one would think you would use the fundamental rules associated with the english language.